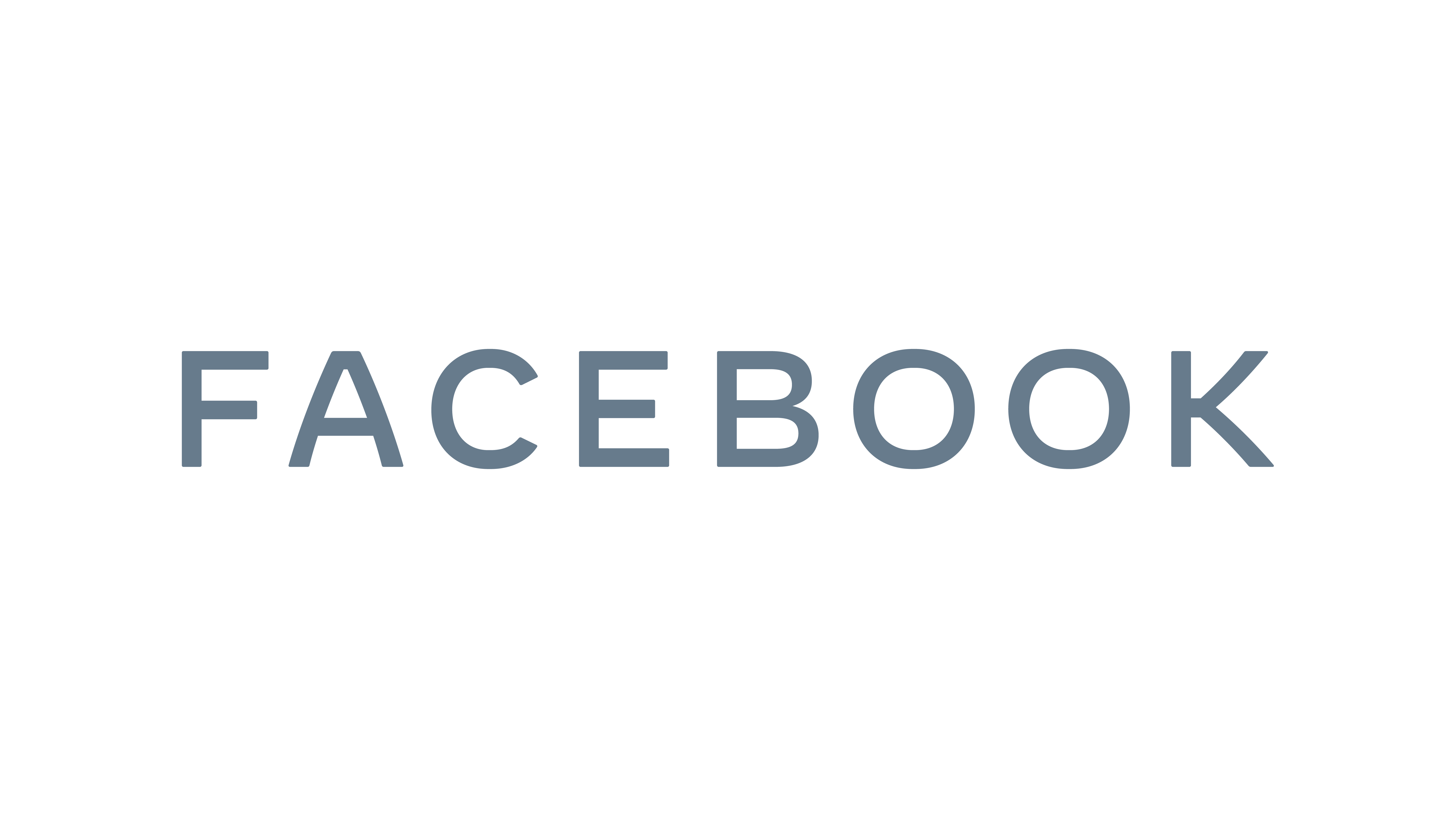 Facebook is committed to fighting climate change and has set a science-based target to reduce its greenhouse gas footprint by 75% and reach 100% renewable energy for all of its operations in 2020. Facebook designs, builds, and maintains facilities that are positive contributors to local communities.

They approach sustainability from the ground up—from design and construction to energy sources, water stewardship, and hardware design. Facebook’s data center in Luleå is 80 percent more water efficient than the average data center in the world. This is possible thanks to the cold climate and smart cooling solutions Facebook tried out here in the North of Sweden, and that they hope to implement around the world.

Worldwide, people have turned to the United States’ National Aeronautics and Space Administration (NASA) for inspiration that redefines the very apex of human ingenuity. It is NASA's mission to "lead an innovative and sustainable program of exploration with commercial and international partners to enable human expansion across the Solar System and bring new knowledge and opportunities back to Earth".

Northern Sweden is home to Esrange, one of the world’s largest space centers with satellite ground stations and facilities for rocket launching and testing across a vast, unpopulated impact and recovery area that covers more than 5,000 square kilometers. NASA has utilized these unique facilities for many years, and their work here is increasingly important in light of the climate challenges we face today

SSAB has been in the steel business for more than 140 years. We’re global leaders in value-added high-strength steels, and we have production sites in our home markets – the Nordics and North Americas.

SSAB is committed to minimizing any adverse environmental impacts from our operations. Therefore, SSAB focuses on continuous improvement to minimize emissions and improve productivity, as well as material and energy efficiency. SSAB is also working toward a fossil-free steelmaking process, and is taking the lead in decarbonizing the steel industry. With HYBRIT technology, SSAB aims to be the first steel company in the world to bring fossil-free steel to the market already in 2026. This includes an active leadership role in the HYBRIT joint venture initiative with LKAB and Vattenfall. The target is to be fossil free as a company by 2045. 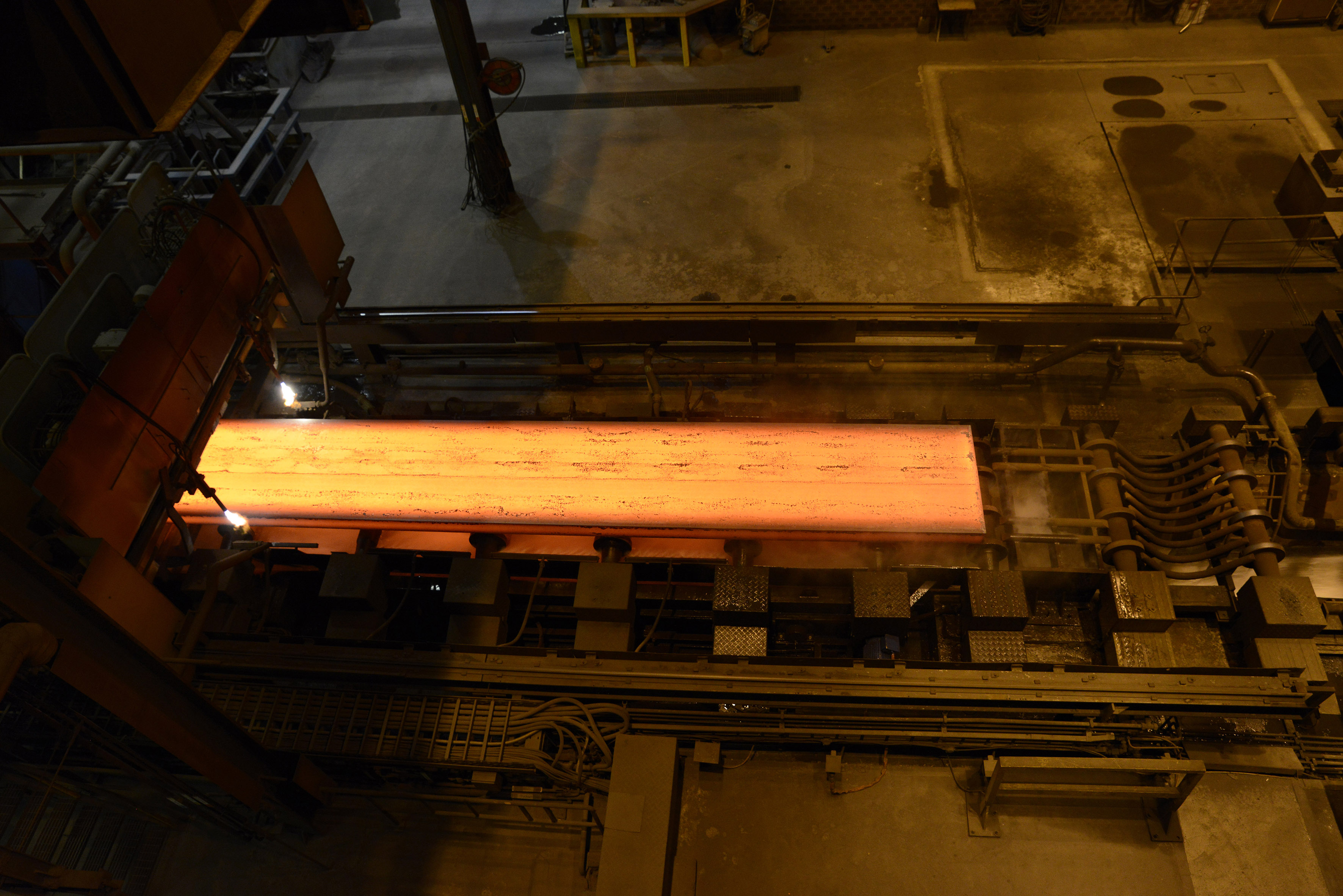 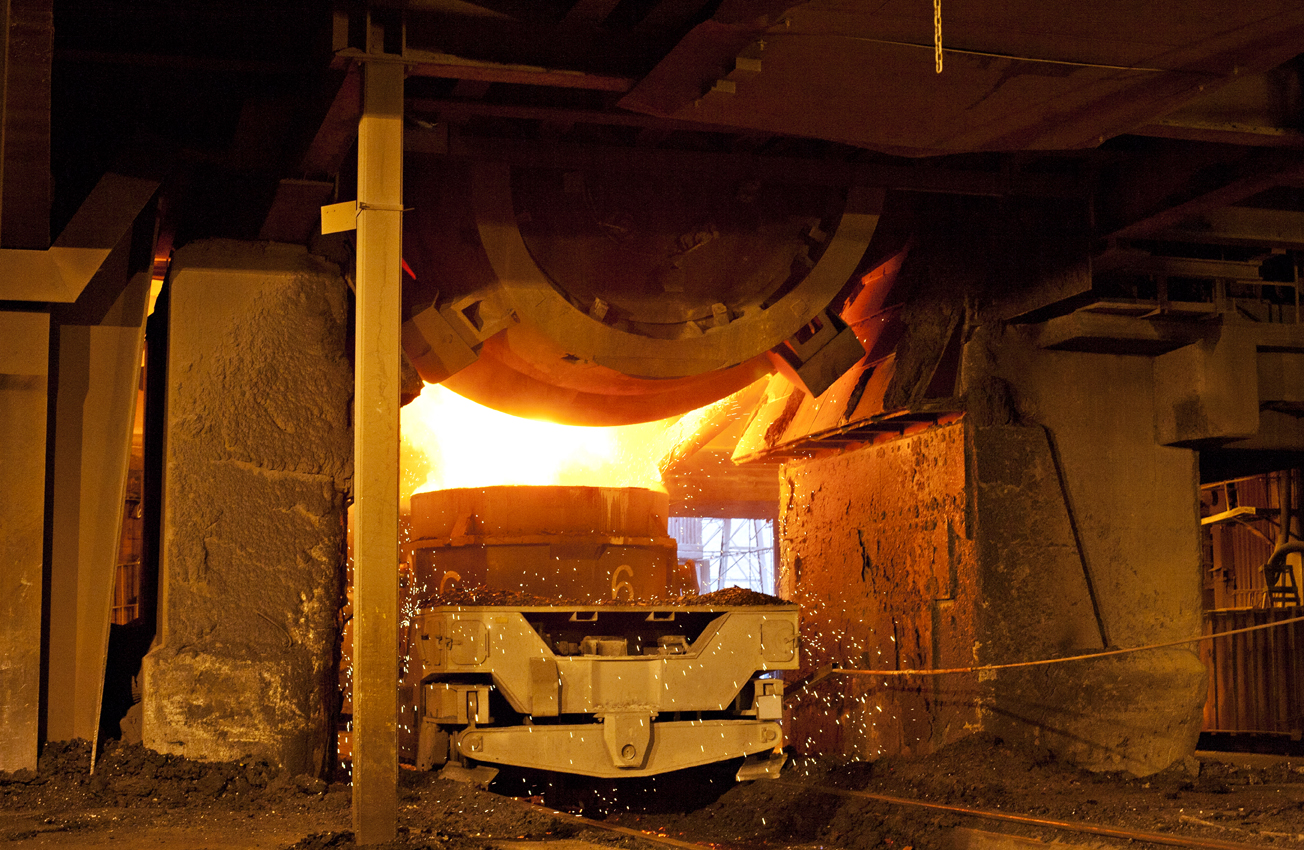 Climate action scenarios call for 100 million electric vehicles by 2030, which means that battery production needs to be scaled up fast, and sustainably and Northvolt has taken on the challenge.

Founded in 2016 by former Tesla VP Peter Carlsson, Northvolt is on a mission to produce the world’s greenest lithium-ion batteries – to enable electrification as a solution to the climate challenge in a variety of industries, from vehicles to gardening.

A value-chain perspective on sustainability

By virtue of the great conditions in Northern Sweden, LKAB are able to be at the forefront of the raw materials industry’s sustainability transition. LKAB are also focusing on the broader topic of the circular economy and the importance of making the best possible use of each component in a production process.

In 2016, SSAB, LKAB and Vattenfall joined forces to create HYBRIT – an initiative that endeavors to revolutionize steel-making. HYBRIT aims to replace coking coal, traditionally needed for ore-based steel making, with fossil-free hydrogen. The result will be the world’s first fossil-free steel-making technology, with virtually no carbon footprint.

In the autumn of 2020 the pilot plant for fossil-free steel production in Luleå, Sweden, will be up and running and the next phase to build an industrial scale demonstration plant in Norrbotten has started. The aim is to provide the world’s first fossil-free steel by 2026. If successful, HYBRIT means that together we can reduce Sweden’s CO2 emissions by 10% and Finland’s by 7%.

SunPine were born out of a dedicated entrepreneur’s power of innovation and went from a desktop model to a full-scale plant. Today SunPine is a world-leading bio-refinery with billion-kronor sales that continues to develop and invest in new technology and R&D. Sustainability runs like a green thread through everything they do.

SunPine has a clear business idea linked to green forestry in Sweden. “Supine’s process and employees seek to be world leaders in the production of renewable products based on sustainable forestry.”

Starting from sustainable forestry, SunPine produces tall diesel at its plant in Piteå and supplies it to Preem, which uses it to produce the world’s only Nordic Swan eco-labelled diesel, a fuel with uniquely sustainable characteristics thanks to tall diesel. Every year, this green diesel eliminates the fossil CO2 emissions from around 160,000 diesel cars.

To reach our climate targets, industries with high energy demand see electrification as a solution, and the demand for fossil free electricity increases rapidly.

Vattenfall operates almost 50 % of Sweden’s hydro power plants, which fuels the industry of Northern Sweden and enables decarbonization projects in different sectors. Vattenfall is a key player in partnerships and innovation for the electrification of steel making, construction and transportation.

In Sweden, Vattenfall’s electricity supply is already almost fossil free and with their eyes set on enabling fossil free living within one generation, Vattenfall invests heavily in the transition of other sectors.

Counting wind turbines by the thousands

Wind power production that makes a difference to the world

The transition from fossil fuels to renewable energy is at the core of climate action, and production needs to scale fast. We need to build not hundreds, but thousands of wind turbines at a time. Markbygden 1101, fully permitted by the project developer Svevind AB and located approximate 50 km west of Piteå in the northern part of Sweden, shows what can be done, by building Europe’s largest wind park.

Production of electricity is at the core of the climate challenge, accounting for a full 31% of all CO2 emissions worldwide, and powering everything from our homes to our industries, and increasingly, our cars.

Markbygden 1101, currently under construction outside of Piteå, is set to become the largest wind park in Europe when finalized. Totaling up to 1101 wind turbines spread out over an area of 450 km2, double the size of Sweden’s capital Stockholm, Markbygden 1101 will provide up to 8% of Sweden’s total electricity consumption or in other terms about 12 Twh.

A powerful enabler for a better and greener society 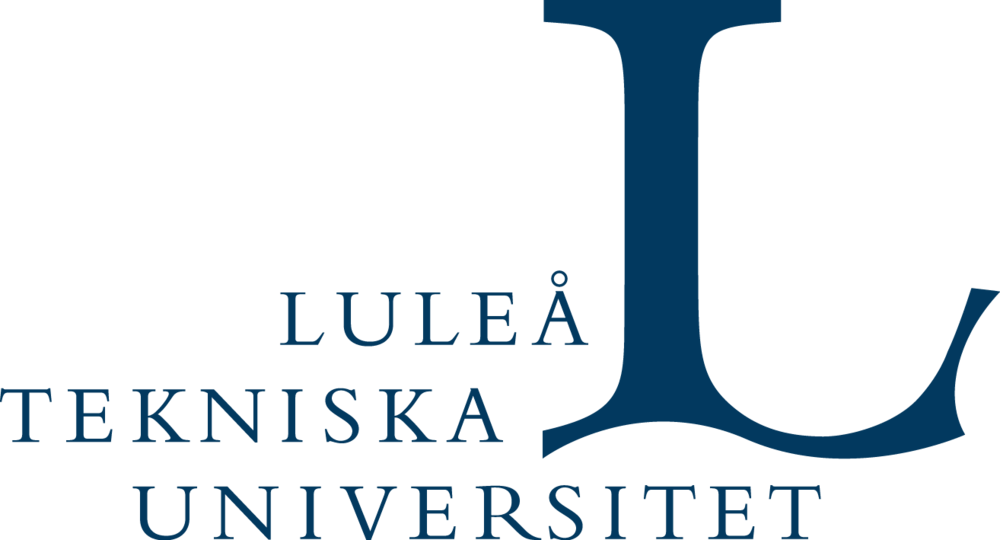 Arctic Business Incubator was started in 2005 and today it is proud to be ranked #7 in the world amongst university associated business incubators. To date, ABI has supported 150+ startups and it specializes in innovative, high-growth and extraordinary startups.

Each year from a field of more than 250 ideas, ABI selects 10+ startups to be incubated and funded from angel investment companies managed by Arctic Business. Typically, these are in B2B and Energy, Space, ICT sectors and can be from university research or spin-offs from industry and institutes.

The path to a fossil free future is based on innovation and technological advancements enabling mining of minerals needed for advanced materials. In acquiring these critical minerals today, there is significant pressure on the mining industry to swiftly and efficiently resolve the existing and future foreseen environmental challenges. The future of mining must be digital and sustainable. Fossil free mining without sacrificing efficiency or safety will be a vital for the future of sustainable mine.

Based in Luleå, Mobilaris Mining & Civil Engeering develops cutting-edge digital solutions supporting information driven mining operations, a prerequisite for a future sustainable mine with best in class efficiency and safety.

As one of the world’s most polluting industries, the steel industry is under pressure to implement significant changes in their operations. Acting as a strategic research and development partner, the metals research institute Swerim are actively trying to find solutions that can have an immediate impact on an industry responsible for 10% of Sweden’s total CO2 emissions. Swerim does this in close collaboration with industrial partners and through projects focusing on applied research.

Examples of recent innovations include everything from the efficient extraction of resources from raw materials and the recycling of various kinds of waste. With a strong presence in Northern Sweden, Swerim are well positioned to support the large-scale raw materials industry that is currently in transition to more sustainable practices. 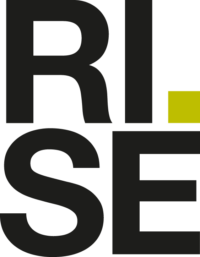 The Research Institutes of Sweden AB (RISE) has long been at the forefront of research in areas such as AI, big data, cloud computing, data processing, IoT, and data centers. By providing expertise, knowledge and experimental opportunities within these areas to commercial companies, RISE seeks to strengthen their customers’ international competitiveness. 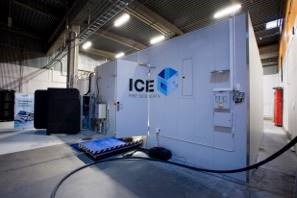 By ensuring the rapid piloting and demonstration of new technologies, RISE has aided the ICT industry to become more efficient both in data center operations and in their use of AI technologies. The latest venture located in Luleå is RISE ICE, focusing on Space data science and engineering. Together with the Space Agency and other partners, RISE ICE is developing the Swedish Space Data Lab utilizing data and knowledge from Space research in commercial industries.

Northern Sweden hosts Europe’s largest facilities for vehicle tests, trying to solve the complex challenges the vehicle industry is facing in their sustainability efforts, such as electrification and weight reduction. Vehicle tests started in the region in the late 60s, and since then, they have grown and developed into an important partner for vehicle manufacturers across the world.

Housed in one of Europe’s safest buildings, formerly owned by the Swedish Defense Radio Institute, Fortlax offers their customers world leading data storage and enables them to harness the insights embedded in the ever increasing flow of data. With an obsessive attention to detail in efficiency, reliability and security, Fortlax has attracted as its customers global corporations as well as the Swedish authorities.

Through combining world-class security and efficiency of their data centers with intense sustainability efforts and running their data centers on 100% renewable energy, Fortlax has attracted the attention of leading organizations from outside their own industry, including a recent partnership with BMW.